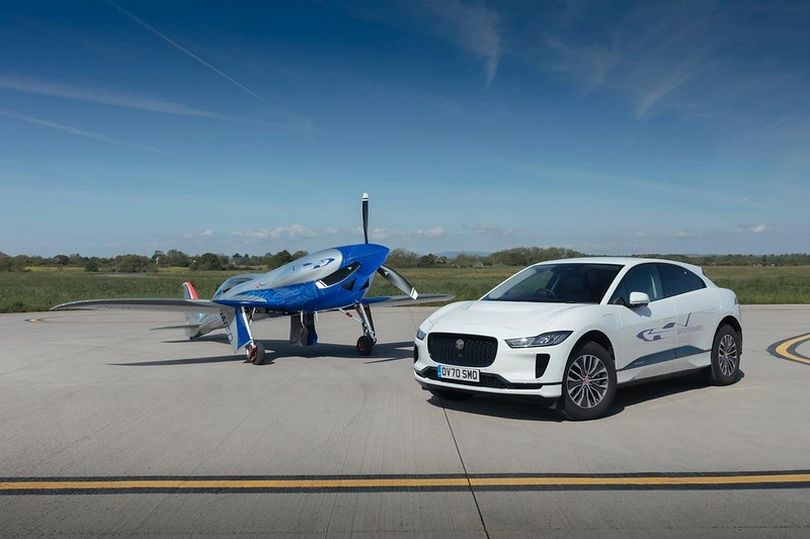 Meet the ‘Spirit of Innovation’ aircraft, a sure-fire candidate for world’s fastest all-electric plane given its spec.

Setting a world record solidifies a place in history, which is exactly what Rolls-Royce and Jaguar Land Rover hope to achieve.

The ‘Spirit of Innovation’ could very well set the record, an aircraft that completed its first runway taxiing tests earlier this year. According to Rolls-Royce, the aircraft will attempt to fly at 300 mph courtesy of a 500hp electric propulsion system.

Power of this kind could be used to fuel 250 homes or fly from London to Paris in one single swoop (or charge) for reference.

The Spirit of Innovation shares a likeness to stunt planes in design. Only this aircraft promotes zero emissions and unbelievable power from the moment its wheels are off the ground.

Rolls-Royce will be the team behind the aircraft. Jaguar Land Rover’s involvement in this world record attempt is limited to loaning the British company several of its Jaguar I-PACE cars to tow and support other vehicles.

“Rolls-Royce and Jaguar Land Rover are UK pioneers who are focused on advancing electrical technology for their respective sectors,” says Rob Watson, director of Rolls-Royce.

“It is important to us that the ACCEL programme is carbon neutral, and this will be supported by having all-electric cars for ground-support.”

Tech for the plane has been developed at Gloucestershire Airport by the ACCEL — or Accelerating the Electrification of Flight — programme.

Moreover, partners of this project include Oxford-based manufacturer YASA, not to mention aviation startup Electroflight.

If you’ve been following Rolls-Royce closely, you’ll know that the company is positioning itself as a kingpin in the aviation space.

Last month Rolls-Royce announced an £80 million investment in the development of energy storage systems. Systems that can power a range of aircraft — from eVTOL to the standard commuter.

We think it’s safe to say they’ll beat the record (and with flying colours) given everything we know about Rolls-Royce’s aviation department. But what do you think?