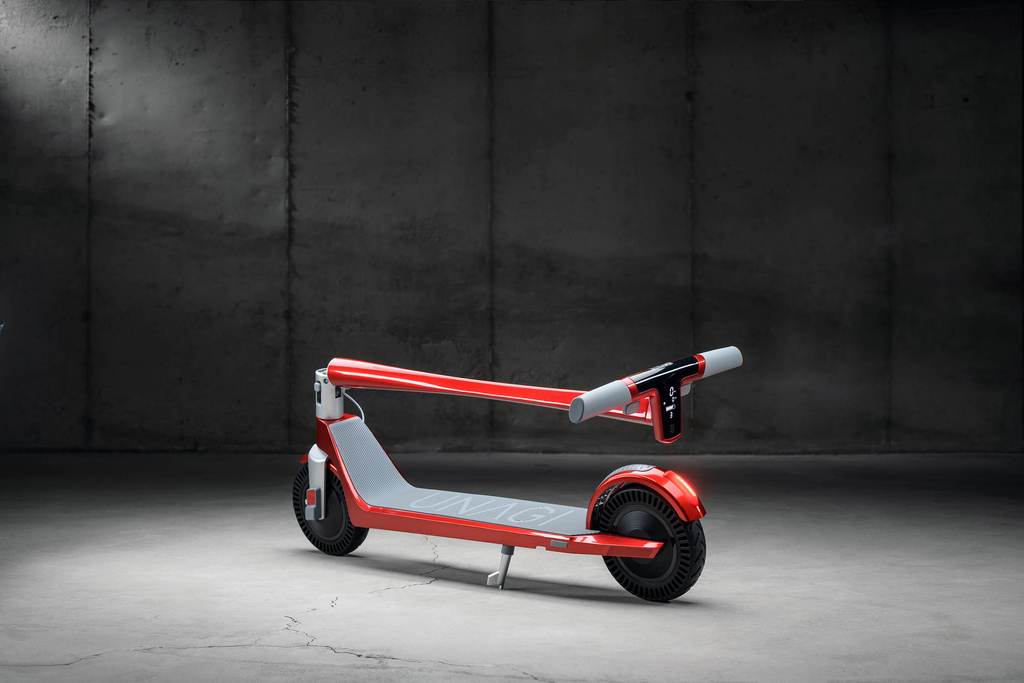 Meet one of the best e scooter brands, period © Credit to Unagi Scooters

Electric scooters come in all shapes, sizes, colours and power options, but rarely do buyers stop and look at the brands behind these two wheelers. Unagi, for example, has been slowly working its way up the e scooter ladder since emerging on the scene.

You might have started seeing ads appear on YouTube – those that star Iggy Pop (yes, that Iggy Pop).

Some might even say they’re on the current Mount Rushmore of e scooters. Up there with the likes of Xiaomi, Pure Electric and Razor, to name but a few of its competitors.

Today we’re going to be looking at 7 unique things about the polarising scooter brand, covering everything from celebrity endorsements, to the forward-thinking smart e scooter known as the Unagi Model Eleven.

By the end of this you will consider yourself a Unagi fan, guaranteed.

Things To Know About Unagi Scooters

We don’t want to say best in class just yet.

After all, we’ve yet to cover any of these interesting facts!

Besides, you might have completely different electric scooter preferences.

You might want something that looks bulky. Something with a little more range, maybe?

Let’s say this, right off the bat: Unagi’s scooters are all-rounder types. They tick multiple boxes simultaneously be it scooter weight, speed, range, style and comfort. The attributes you see are evenly spread, making Unagi a company to watch if you care about any of these things.

Sure, you could just go off and buy a cheap e scooter, but it’s not going to satisfy you in the way Unagi Scooters can.

Plus, the company is a lot more transparent than most. They don’t seem phased about taking big risks, be it in marketing sense, or a design sense given the look/features of its rides.

Should we look at some Unagi Scooters facts/tidbits now?

Unagi is a Kickstarter baby, launched back in November 2018 after generating $242,263 (roughly £176,237). It was founded by one David Hyman – someone we’ll be looking at a little more in another Unagi fact later on.

The company would then raise an additional $3.15 million in seed through a funding round led by Menlo Ventures. Backers cited the uniqueness of Unagi Scooters approach to power-assisted two-wheelers.

“We felt Unagi’s focus on light weight and substantial powering in a beautifully designed package was the right approach for ownership,” said Shawn Carolan, a Menlo partner, when talking to Tech Crunch about Unagi back in 2019.

Fast-forward two years later, and you can find the Unagi Model One at every major retailer across Europe and North America.

We actually voted the Model One the best electric scooter sold by Pure Electric in a recent post.

Be sure to check out that post to learn why we think the Xiaomi 1S is overrated, and why the Pure Air Pro LR is the best homegrown scooter in the lineup. 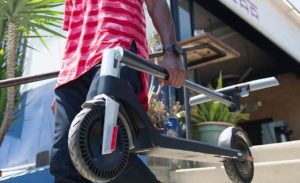 2. The Unagi Model One Is A “One Click” Folding Scooter

That should say: the Unagi Model One is the world’s first “one click” folding electric scooter.

So, how does this work?

Basically, riders only need to press one button and the stem will drop and lock into position. For the e scooter newbies reading this, you typically need to fold these two-wheelers yourself.

It’s a general quality of life change, one that doesn’t really impact its performance.

And features like this help the Unagi Model One stand out from the pack. After all, e scooters tend to fall into similar categories eventually.

Some manufacturers don’t even try to reinvent the wheel. They’re satisfied with churning out carbon copy after carbon copy.

There’s a few Unagi clones out there too, so be vigilant.

In the States, Unagi offers a service called ‘All Access.’ This service targets buyers who might not be able to afford the costs of a brand new e scooter, like the Model One, in full.

With this subscription, Unagi will send you a certified pre-owned Model One E500 complete with insurance in case anything goes wrong.

And if the e scooter ever stops working completely – for whatever reason – then Unagi will send you a replacement scooter pronto. You see, you don’t actually own this scooter completely. Think of it as a rental, just not one of those horrid government led ones that are far too inconsistent to warrant any real interest.

Right now, Unagi Scooters’ All Access service is only available in specific areas.

However, Unagi did say the following in its announcement post: “We plan to roll it out in additional markets as we gather customer feedback and refine the service.”

It would be interesting to see how this service would be priced if it ever rode to the UK. We’re speaking hypothetically here, since privately owned e scooters are technically illegal without permission from a land owner.

They’re totally banned for public use also, unless you’ve hired one of those trial scooters we’ve just casually insulted above.

In the US, the All Access fees are there to compete with the monthly cost of a standard rail card.

Again, it would be interesting to see how Unagi would price its scooters if it ever crossed the pond with this service. On this occasion, it’s not as easy to simply convert the costs of the subscription as standard transport costs do differ.

And we’re assuming the e scooter brand would want to offer something a little cheaper.

Unagi’s popularity might have something to do with the fact that big name musicians have been seen riding around on their two-wheelers.

Artists like Kendrick Lamar, Billie Eilish, Chance the Rapper, Halsey and Steve Aoki have all been spotted zooming around on the Unagi Model One.

And let’s not forget the endorsement from the iconic Iggy Pop – a paid endorsement, but an endorsement of the brand nonetheless.

“Maybe they should rename it Un-Iggy. Yeah, cool.”

It’s this sort of advertising that has helped Unagi push forwards in its own unique way.

Personally, I can’t wait to see what they do next, with the release of the Unagi Model Eleven.

Watch this space – and watch to see which notable musician will hop on next – that’s all we’re saying.

The name David Hyman might ring a bell with anyone clued in on their modern-day entrepreneurs. David Hyman has a knack of revolutionising start-ups, having spent 20 years doing just that.

He’s most known as being the former CEO of Beats Music – a company acquired by Apple. You know those Beats by Dre headphones? Yeah, Hyman was the CEO of that company before going off to start Unagi Scooters.

How the idea of starting his own scooter company is just as interesting as the scooters themselves.

Hyman got the idea to start Unagi after chasing multiple rentals on a hot day.

As the story goes: Hyman rented a scooter to visit his local grocer to buy some ice cream. It was a hot day so he decided to rent a scooter. After securing the sweet treat he found that his ride had been rented by another user.

His ice cream had completely melted by time he got home, which left him wondering why he didn’t just own his own e scooter.

Or better yet, make his own.

Talk about the ultimate origin story.

In terms of business wherewithal, the man has raised over $40 million in capital, generating over $1 billion in corporate value.

If there’s one person you want on your team when starting an e scooter company, it’s this guy.

For the electric scooter historians out there, know that Unagi was once named Swan.

Swan was scouted by Hyman who visited multiple scooter factories in China before reaching the Qingmai Company – the company behind Swan at that time.

He was able to convince three industrial designers at the company to form Unagi, with the goal of launching a new line of e scooters in the US.

The original Swan looks very similar to the Unagi Model One we know today. For example, the display is integrated into the handlebars, and the tube is near identical to the OG Swan made from the same carbon fibre.

There are some changes to the design of the Swan. It’s not like all it received was a name-change before shipping out.

“New motors, new braking mechanism, new lighting, new display, and most importantly, rebuilt from the ground up controller from the drone world that’s bullet-proof.” said Hyman, describing the overall changes to the Swan.

Which do you think is the better name? Unagi or Swan? Leave us a comment below with your answer. 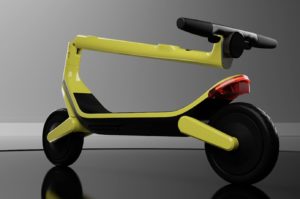 7. The Model Eleven Could Be Unagi’s Best To Date

Our last fact, and probably the most important if we’re talking about the future of Unagi.

The Model Eleven, a scooter we’ve mentioned ever-so-slightly above, is next up. A scooter that has all the hallmarks of a generation-defining two-wheeler, if it can live up to the hype.

It’s billed as “The Smartest Scooter On Earth.” And we believe it 100%.

Years in the making, this e scooter has an integrated ADAS sensor that actively detects objects in your way, alerting the rider in real-time.

In other words, you’re protected even if you can’t see in front of you properly.

The Model Eleven will also feature an integrated audio system, complete with Google turn-by-turn directions. Think Google Maps, only you don’t need to keep checking where you need to turn as this scooter will tell you, straight up.

David Hyman’s influence can also be seen in the ability to use this e scooter as a bonafide speaker.

If the Unagi Model One was the Charmander, then the Model Eleven is the Charmeleon in the evolution of this scooter.

Here’s a quick rundown of what riders can expect with the Model Eleven:

Unagi is currently crowd-funding this e scooter via Indiegogo – a crowdfunding site.

They’ve already smashed their target (no surprises there).

We’re seeing more scooters take to the open world these days – which happens to be great for the environment.

Thing is, we aren’t seeing a lot of Unagi scooters in the UK. Xiaomi M365s and Pure Air Pro scooters, sure, but the American scooter brand is somewhat of an acquired taste in Britain.

This might change with the arrival of the Unagi Model Eleven. At least, we hope so. Competition in the adults e scooter lane is never a bad thing.

It’s great for potential buyers, as it could mean you might save some money on a quality electric two-wheeler.

If we had to pick one brand, we’d probably have to go with Unagi Scooters as our favourite electric scooter maker.

Clearly they get what people want in their motorised scooters. Buyers want something lightweight, with decent range, that is visually stunning – a real head-turner out in public for the price you pay.

You get all that and more with Unagi’s current Model One.

And this Model Eleven is shaping up to be quite the ride in its own right!

You heard it here first. 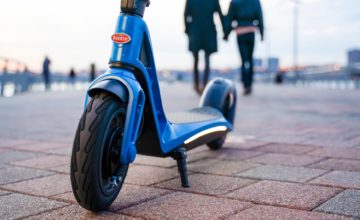 The Veyron On Two Wheels? A New Electric Scooter From Bugatti Revealed

One of the most notable hypercar companies there is will… 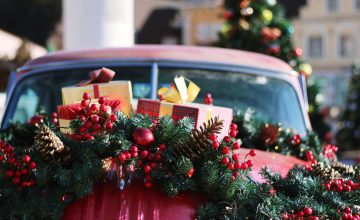 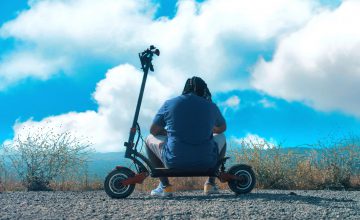 Let’s start by saying this: electric scooters are a lot…