The hunt for batteries has led many automakers down some very interesting paths. In a lot of cases, car brands are snatching manufacturing deals before some factories are even built.

You see, for the EV industry to take off, there’s needs to be a high number of batteries available to meet the anticipated demand.

Production can’t drive forward if companies don’t have the means to produce vehicles — and car batteries are one of, if not the most integral piece of the puzzle.

That said, we can confirm via press release that Tesla has signed a new long-term battery cell agreement with CATL.

CATL happens to be the largest battery manufacturer in China, having started with electric buses and working its way to other eco-friendly rides.

The company is said to be a good name to have by your side, given its penchant/desire to build battery factories worldwide.

Tesla already knows what it’s like to work alongside them, as this agreement builds on one signed last February. That deal was set to expire around June 2022.

Production at Gigafactory Shanghai, courtesy of working with CATL, has proven more than helpful for the American automaker.

According to reports, this gigafactory is producing Model 3s sporting lithium iron battery cells (batteries that are said to be a lot cheaper).

Now CATL has signed a new “Production Pricing Agreement” that will see them working alongside Elon Musk’s Tesla between January 2022 and December 2025.

Tesla said the following on the announcement:

“The signing of the agreement represents Tesla’s further recognition of the product quality and production capacity of the company’s batteries, which is conducive to strengthening the long-term and stable cooperative relationship between the company and Tesla, and in line with the interests of the company and its shareholders.”

In the past, Tesla had only worked with Panasonic as a cell supplier for its lineup and will continue to do so, working in parallel with this new CATL deal.

Could this deal be extended once again after December 2025? All signs point to yes, but you can never be too sure with EV batteries. 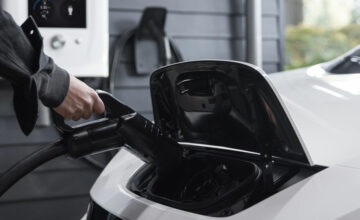 As a site involved in the electric vehicle space, we’re…