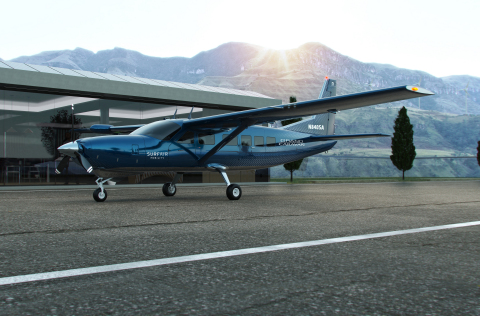 Hybrid electric commercial air travel is about to take off courtesy of this exclusive relationship.

The order itself is split into an initial 100 aircraft and an option for 50 more later down the line.

Surf Air Mobility’s interest in the Cessna Grand Caravan is part of an exclusive relationship between the two companies.

The goal of Surf Air Mobility is to electrify the aircraft using its proprietary powertrain technology. Moreover, implement the aircraft across its own network, connecting more airports with short-haul direct services in the US.

“We know from our experience that people are looking for faster, affordable, and cleaner regional travel and we are building the ecosystem to accelerate the industry’s adoption of hybrid electric flight. We believe significantly reducing the emission from this category of aircraft will be the biggest step we can take toward de-carbonization in this decade.”
— Sudhin Shahani, Co-founder, Chairman and CEO of Surf Air Mobility

Doing so would open the aircraft to a world of benefits that include:

Furthermore, new/existing owners of the Cessna Grand Caravan EX will have the ability to upgrade to the hybrid powertrain if they so wish.

All transactions between Surf Air and Textron Aviation are subject to certain closing conditions — this includes a receipt of financing by Surf Air Mobility.

Short haul flights between airports has been spoken about at length by promising startups/aviation companies. How do you think Surf Air Mobility will fare against the eVTOL aircraft hoping to do the same thing?