The premium electric mobility brand has just unveiled a series of new battery-powered vehicles. One of the vehicles shown (C1X Concept) is a will no doubt appeal to buyers looking for something speedy, and visually stunning. Super73 is back again, this time with some exciting new concepts © Credit to Super73

Super73, a brand we recently covered in our post on the most stylish e bikes, has just introduced its first electric motorcycle and its a doozy. The Super73 C1X Concept is a sustainable motorcycle that shares a similar profile to the brand’s flagship RX mopeds.

Here’s a quick rundown of its profile for those interested:

In terms of performance, the C1X is said to travel at speeds of up to 75mph. Which might not be as nimble as other e motorbikes currently occupying the market, but it’s still the fastest vehicle made by Super73, so there’s that.

Range-wise, the C1X can travel approximately 100 miles between charges, and can be charged from 0 to 80% in less than hour.

Super73s popularity needs to be talked about. The brand has proven itself to be quite the hit on YouTube, attracting content creators like Casey Neistat, Jack Black and Justin Bieber, to name but a few.

The C1X, and the various other vehicles announced, will no doubt go down a hit with these individuals as the brand continues to make headway.

Last year, the company raised a total of $20 million, with support coming from the likes of Rad Power Bikes, VanMoof and Cowboy. Needless to say, the brand is constantly growing.

More transporters in the lineup will no doubt push them that much further. The Super73 C1X Concept will play a major part in this growth, which you can order now with production expected to begin late next year.

If you like the look of this motorcycle and would like to reserve one, Super73 is now taking $73 deposits (fully refundable).

While the Super73 C1X is only a concept at this time, it’s impossible to ignore the viability and appeal of a a two-wheeler like this. Could you see yourself riding around on this e motorcycle? Interested in riding around on a motor-powered bicycle but lack… 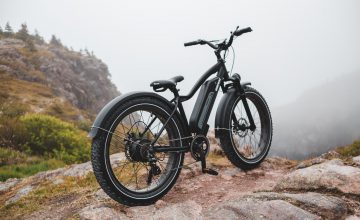 A new study from the latest issue of the Journal… 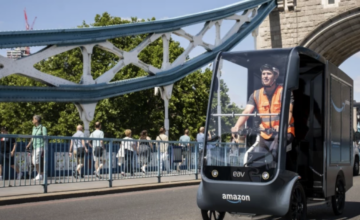 Amazon has added another vehicle type to its electric fleet,…