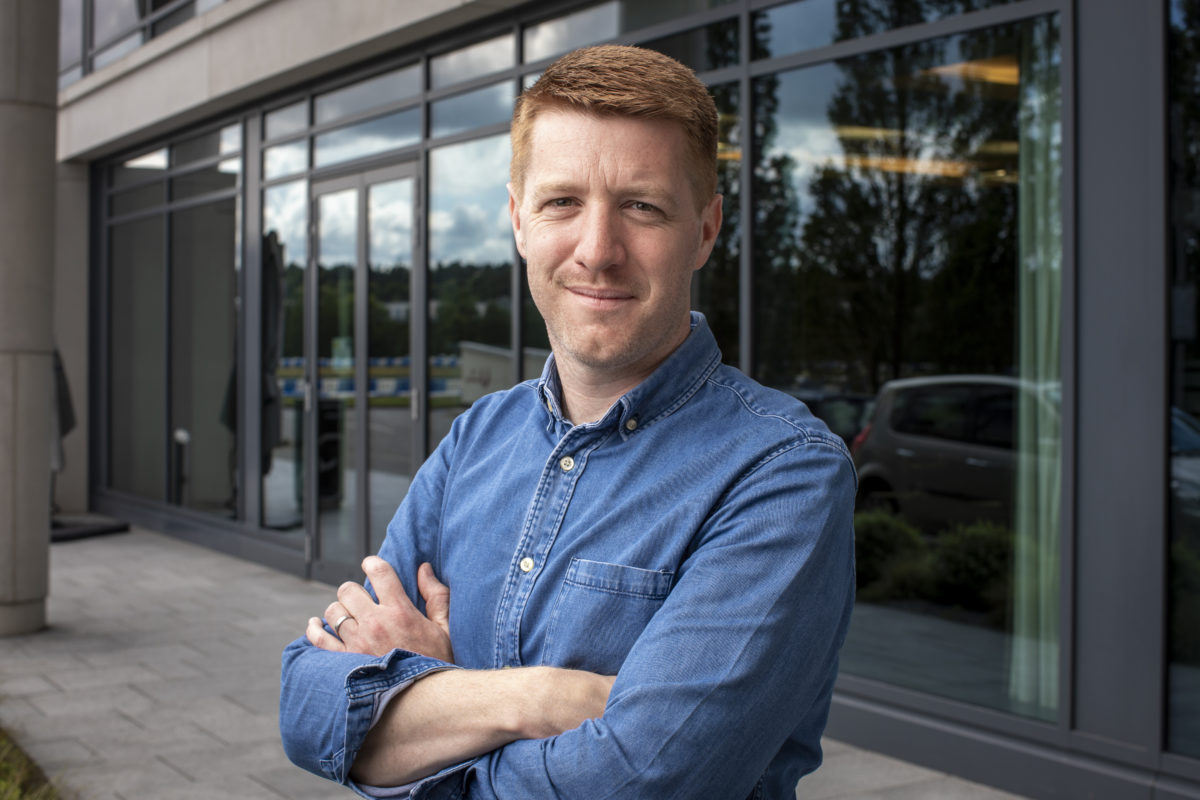 Oliver is the Sales and Marketing Director at OEV

Anyone living in the UK will recognise the name Octopus Energy.

This renewable energy provider has made quite the splash since appearing on the scene. Its low-cost tariffs and forward-thinking approach to energy made them a household name.

Its sub brand, Octopus Electric Vehicles, carries a lot of the same beliefs and benefits, just geared more towards vehicles, and the businesses looking to make their practices just a touch greener.

We recently caught up with Octopus EV’s Sales and Marketing Director, Oliver Boots, to talk electric leasing, the brand’s innovative Powerloop trial and everything in between.

Octopus Energy started as an energy retailer around six years ago now. Selling gas and electricity with great service, and it’s grown beyond that as time has gone on.

So Octopus Energy is the overarching group, and there’s a number of different companies under that who help get people into different forms of sustainability.

In other words, we’re a start-up within a start-up, but we operate as our own company, providing an entry point into the world of electric vehicles.

How viable is leasing an electric vehicle compared to outright buying it?

It completely depends on the individual.

With Salary Sacrifice, because you’re taking the money out of the pre-tax salary it makes your money go a bit further. So from our perspective, that’s pretty good.

But of course, I’ve got a slightly biased opinion on that.

So it’s a worry-free way of getting into an EV.

The only thing you need to do is add the electricity, which we can, of course, help with thanks to our connections to the wider group.

But yes, back to your question.

If you want to go buy a car for cash and take the risk on how much maintenance that might need, that’s another way of doing it.

With us, though, what we’re trying to do is make driving an EV really simple and transparent as possible. Telling customers you pay this much each month. Here’s everything you need to get going electric.

Could you explain Octopus Powerloop for those who don’t know?

Powerloop is our vehicle-to-grid trial.

In simple terms, what it does is use the battery in your car to store electricity. So you can charge the car up when it’s where the electricity is cheapest and greenest, generally, overnight.

Then you can use the car to put the power back into the grid via your house when there are peaks in the demand. The benefit of that is the grid doesn’t need to use as many non-renewables, like coal fire power because it can take it from the car.

Currently, we have over 130 vehicles out on Powerloop and we’re collecting lots of data from that. Looking at the usage. Looking at when people charge their cars and other habits like that.

Do you see the rising cost in energy prices having an effect on EVs?

I think we’re seeing energy rising across the board, whether that be gas, electricity, and of course, fuel. Be it petrol or diesel that runs traditional ICE cars.

Whichever way you look at it, prices are going to go up. I think the price for electricity to charge your EV is less than the fuel for an ICE vehicle, although I don’t necessarily have a stat for that. Everyone’s affected by it in some way.

So to answer your question. Do I think the rising costs will negatively affect electric vehicles? Probably not.

Which vehicles do your customers lease most often?

It’s interesting actually, we’ve seen a shift in the past 10 months. When we first started, everyone was leasing a Tesla – the Tesla Model 3, in particular. And it’s still quite popular but things have shifted a bit.

The introduction of the Model Y has split this up a bit. But, surprisingly, we’re also seeing significant growth in the number of MG ZS. It’s a vehicle that balances cost and size really well, it’s also an electric SUV so you can fit your family in the back if you need to.

It was our most popular car in the month of February, which I certainly wouldn’t have predicted. It’s come out of nowhere.

Another popular one is the Polestar 2. But yeah, we’ve definitely seen a shift over the past few months, moving away from Tesla’s dominance.

Why should businesses partner with Octopus EV?

What we offer benefits employers equally as much as employees.

For businesses it helps them meet their sustainability goals. Obviously, moving people out of an ICE environment is always a great thing.

Another benefit is it increases employee engagement, which makes them more likely to stay within the business. We’ve done a couple of trials, we’re just waiting on the stats back to prove that but we know it helps with employee retention.

Our TrustPilot score is also currently sat at a 4.9 so we’re really proud of the experience that we’re delivering.

The MG ZS being OEV’s most leased vehicle in February was quite surprising given the Tesla appeal. Was it as surprising for you? You can learn more about the great work OEV is doing by visiting its website.