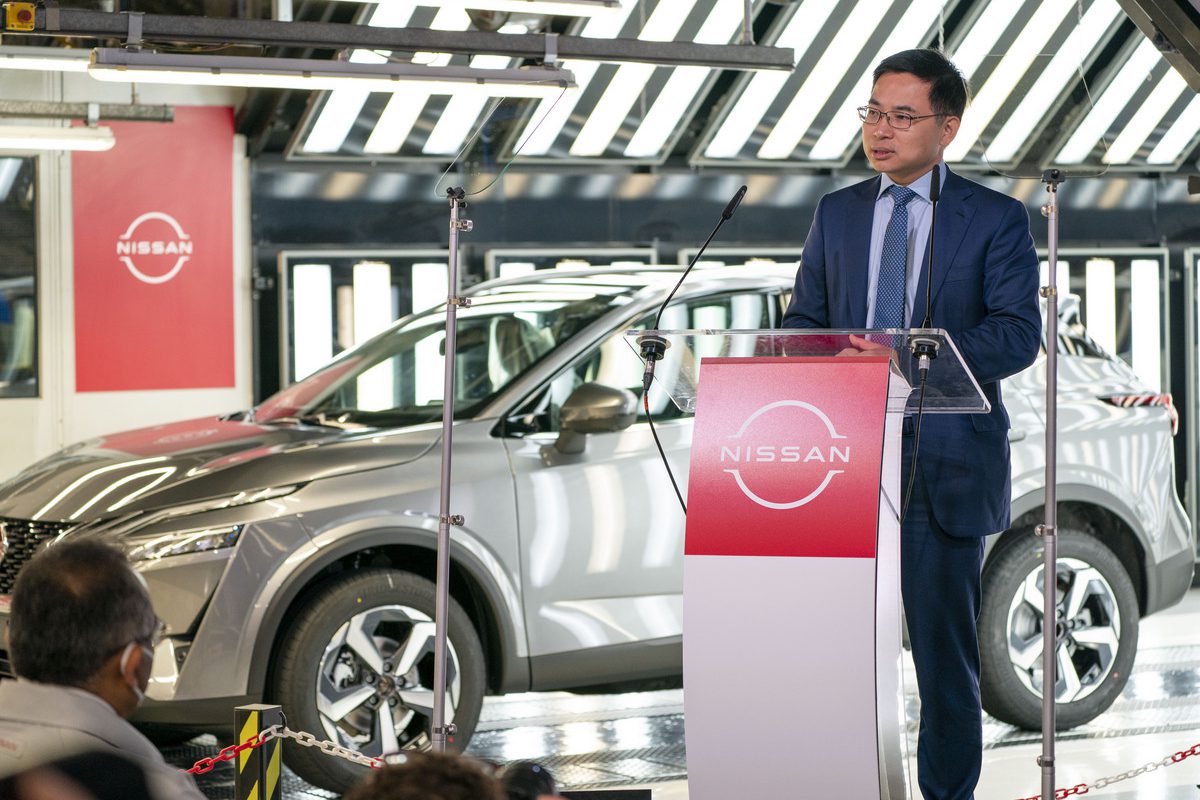 It was only a matter of time before the Japanese carmaker made an announcement after weeks of speculation, only we weren’t expecting Nissan to unveil a new EV alongside other initiatives.

Nissan‘s 35-year history in Sunderland will continue for the foreseeable future after today’s groundbreaking announcement/announcements.

Not only are plans in place to build the UK’s first gigafactory, but Nissan has also unveiled the EV36Zero crossover, said to be a £1 billion “flagship EV.”

From what we can gather, the EV36Zero builds on the success of the Nissan LEAF. It will be built on the Alliance CMF-EV platform, with a forecasted production capacity of up to 100,000 units to be installed.

“Our announcement today comes out of lengthy discussions held within our teams and will greatly accelerate our efforts in Europe to achieve carbon neutrality. The experience and know-how gained through the project announced today will be shared globally, enhancing Nissan’s global competitiveness.”
— Makoto Uchida, Nissan President and Chief Executive Officer

But what about the battery factory — or as some people call it, gigafactory?

Envision AESC, the current owner/operator of the Sunderland plant, will invest £450 million to build the UK’s first gigafactory on the International Advanced Manufacturing Park (IAMP), adjacent to the Nissan plant, powered by renewable energy and pioneering next-generation battery technology.

The new plant will increase “cost-competitiveness” of EV batteries produced in the UK. Moreover, a new Gen5 battery cell with 30% more energy density — thus improving range/efficiency — could seat Nissan at the top of the UK battery mountain.

Initially, the location will serve as a 9GWh plant but has the potential to generate 25GWh. If it evolves, the gigafactory could add up to 4,500 new jobs in the region by 2030.

There’s also potential on-site for up to 35GWh, which would make them an undeniable force in Europe when it comes to production, and they know it.

Lei Zhang, founder and Chief Executive Officer of Envision Group, said: “Growth in demand could bring future investment of up to £1.8bn, additional capacity of 25GWh and 4,500 jobs by 2030. This will put the North East at the heart of a new EV hub in the UK, collaborating on R&D around the whole battery lifecycle, from storage, to second life use, V2G smart charging and closed loop recycling.”

Sunderland City Council is leading its own project that aims to deliver a 100% renewable electricity ‘Microgrid’ that is said to save 55,000 tonnes of carbon annually.

Nissan’s wind and solar farms will play a part in this project. In fact, this project could add up to ten solar farms “with an anticipated 132MW generation, and with a direct connection to renewable energy from the UK grid for ‘firm’ supply to Nissan and automotive companies located on the adjacent International Advanced Manufacturing Park (IAMP).”

This £80 million project is hailed as being “a first of its kind” and also includes plans for a 1MW battery storage system courtesy of second-life Nissan/Envision AESC batteries.

Batteries would allow for excess energy generated during daylight hours to be stored and used whenever. Balancing demand on the grid is the goal of these plans.

In total, all of the above initiatives would create 6,200 jobs.

It would appear that Brexit has not soured Nissan’s approach to innovation/production in the North East. It’s a good day for Sunderland and the UK as a whole.