Lego Has Built A Full Size Toyota GR Supra, And Yes, It Drives

It won’t go as fast as the real deal, but boy, is it impressive. One for all you avid Lego fans (and hypercar fans, obviously). 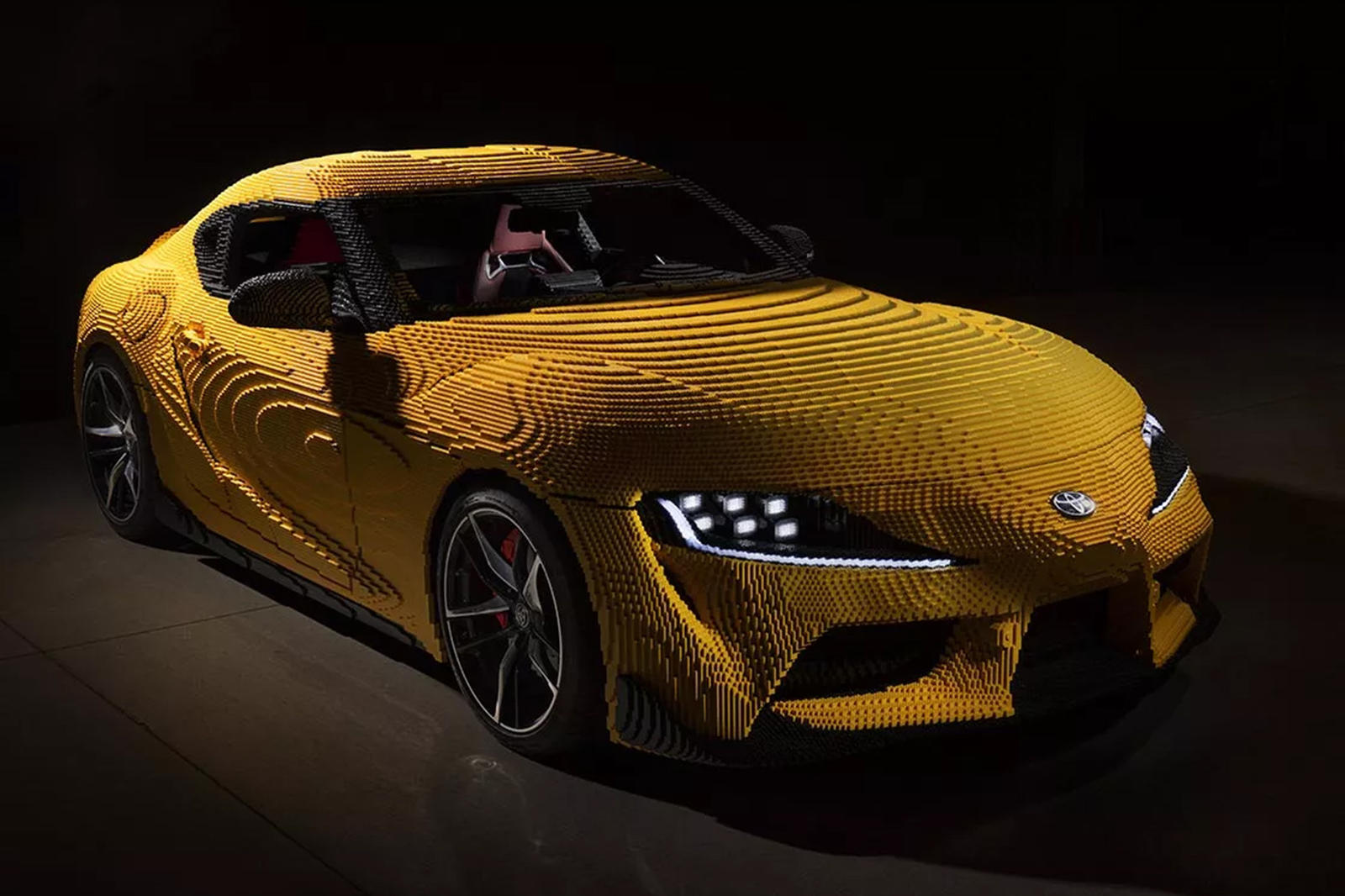 Lego’s trend of building cars in its own image continues, this time, it’s the Toyota GR Supra getting the brick treatment to celebrate the 35th anniversary of the Japanese sports car.

And to help sell a few Lego sets, as you can actually buy a much smaller version of the GR Supra. This bigger version isn’t for sale, but you can buy its smaller counterpart for around $20 (£18).

It took around 5,400 hours for the team to design and build. We’d say it was time well spent, given how accurate it is. Everything from the door handles, to the wheels, to the door handles are based on the notorious sports car.

Honestly, if given the choice, we’d probably pick the Lego version.

Easy, it’s cooler, although driving around might be a bit of a slog given how heavy it is.

This big yellow play set tips the scales at 4,155 pounds, making it slightly heavier than the real deal.

It’s technically an EV too.

Look under the hood, and you’ll find an electric motor that powers the wheels. Speed-wise, the Lego-fied Supra can only travel 17mph, so don’t go expecting it to hit that 155mph mark like the other version.

Remember, it’s made out of Lego.

You can see the Toyota GR Supra live and in living colour at Legoland Japan between August 12th and October 11th.

This isn’t the first time the toy company has built a lifelike sized car before. You might remember the Lego’s take of the Bugatti Chiron and Lamborghini Sian.

Check out the video below if you’d like to refresh your memory.

We’d love to see them tackle a full-size Cybertruck next. But what vehicle would you like to see a Lego version of next? Leave us a comment down below.