If you’re currently looking for the best electric bikes of 2023, then you’re come to the right place.

For those not up to date with the Chinese zodiac, 2023 is the year of the rabbit, and like the rabbit, electric bikes are just as nimble, just as intuitive, and just as responsive to the world around us.

In other words, now has never been a better time to invest in a battery powered bike! There’s so much to choose from at the moment, too. There must be hundreds of options, which is a far cry from the days where you were limited to around a dozen e bikes.

These days, every manufacturer around the world is getting in on the action – from Raleigh, to Giant, to Trek, etc.

In this post we’re going to offer a mixed bag, meaning we aren’t limiting our list to one particular type of e bike. You’ll find bikes fit for mountain trails, commutes to work, and everything in between.

Our Best Electric Bikes of 2023

Below we’ve selected a number of top electric bikes to own in 2023, each as different as the last as far as type, features, price, and power goes.

Again, we want to offer every type of rider something of value in this post, which is why we opted to include more than one type of electric bike. Besides, it’s a lot more fun for us to write about more than one particular type of ride, being avid e bike enthusiasts ourselves!

There’s no particular order to this list, by the way. So feel free to approach it at your own speed. 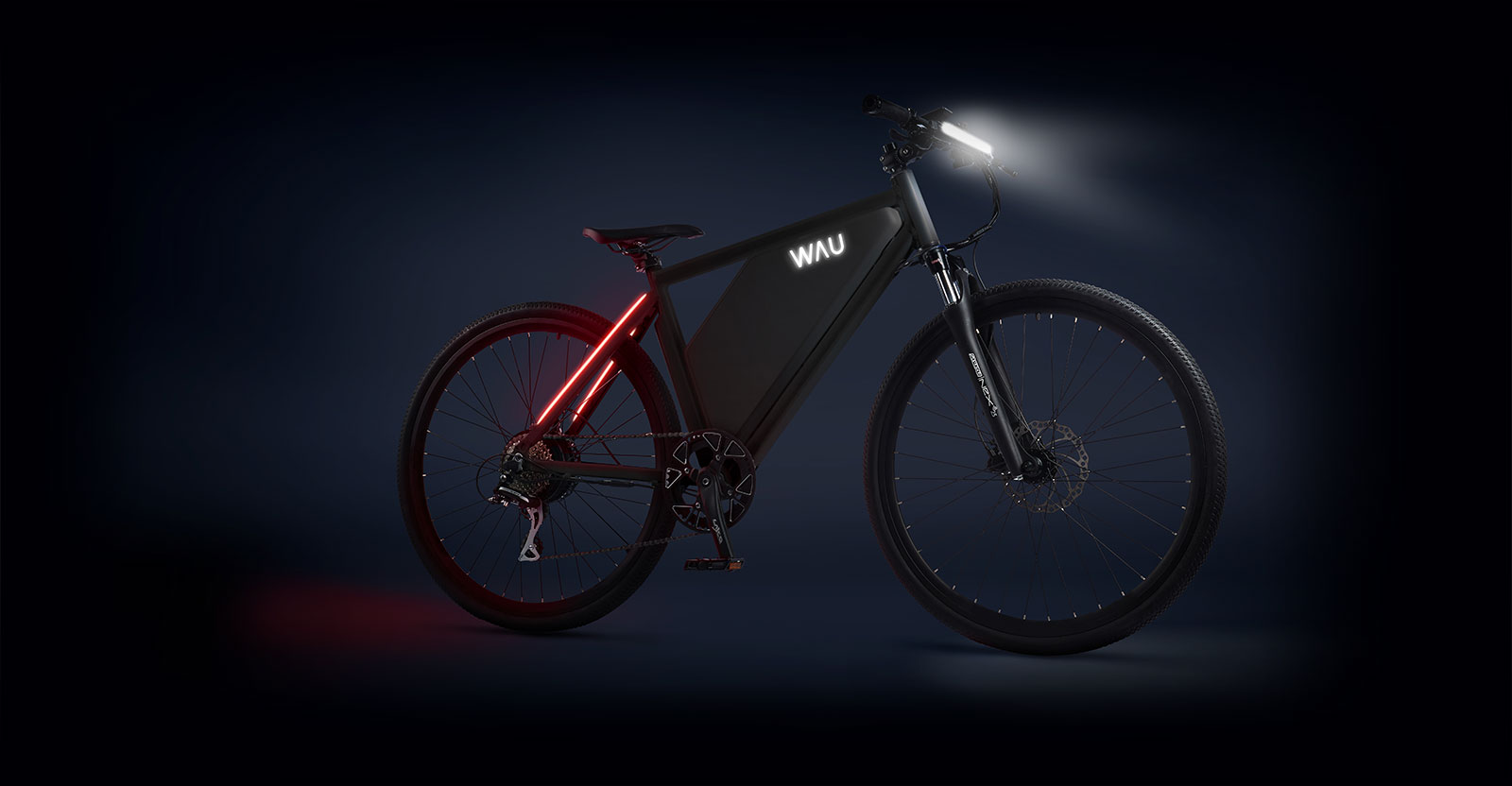 WAU what an electric bike this is! © Credit to WAU Bike

The WAU Bike is an electric bike with outstanding range that allows it to travel up to 215 miles thanks to its additional power pack; you can forget about range anxiety with this e bike, that’s for sure.

That longevity makes this a solid choice for commuters, as you should only need to charge it up maybe once or twice over the weekend for a full week’s worth of transport (depending on usage).

The rear hub motor is smooth to pick up, whichever of the five pedal-assisted modes you choose, and you can easily switch between them when facing a hill or a flat.

There’s also an eight-speed cassette on the rear, which is known to provide the right amount of adjustment to prevent your legs from free-spinning while travelling at high speeds.

There are also some carefully designed extras here, including an anti-tamper alarm, multi-function rear lights, and geo-fencing so the bike can’t be ridden outside a certain area. All in all, this is a fantastic option and a worthy entry on our best electric bikes of 2023 list, we hope you agree.

Buy the WAU Bike for its incredibly unique appearance and the fact that it can travel over 200 miles between charges. Having that amount of stamina in a battery powered bike will take you places, in more ways than one.

If you’re looking for a low-step electric bike to carry you through 2023 then we have just the thing for you, brought to you by one of the world’s best electric bike brands.

It’s from Specialized and it’s known as the Turbo Como 3.0.

The Specialized Como was given a revamp last year, placing more emphasis on comfort and convenience with a new frame design that has a lower stepover height to make it even easier to get on and off.

And it really is low, with the stepover height down to 355mm on a large frame compared to 526mm on the previous model. What’s more, the Como now comes with smaller 27.5” wheels and 2.3” wide Pathfinder tyres, both of which enhance comfort.

Other changes include a welcome upgrade in battery capacity, with my ‘entry level’ model packing a frame-integrated 530Wh battery with 710Wh available on higher spec Comos.

One of the best things about it is that this version comes with 9-speed Shimano Alivio gearing, and the MasterMind display allows you to find out plenty of info about your ride on the move such as real-time tuning of support levels and the enabling of over-the-air updates!

Specialized have come through once again with an absolute monster of an e bike! The frame being so strong makes this an excellent option if you’re looking for something sturdy. That said, the sturdiness is reflected in the weight which might make it too heavy to haul for some. 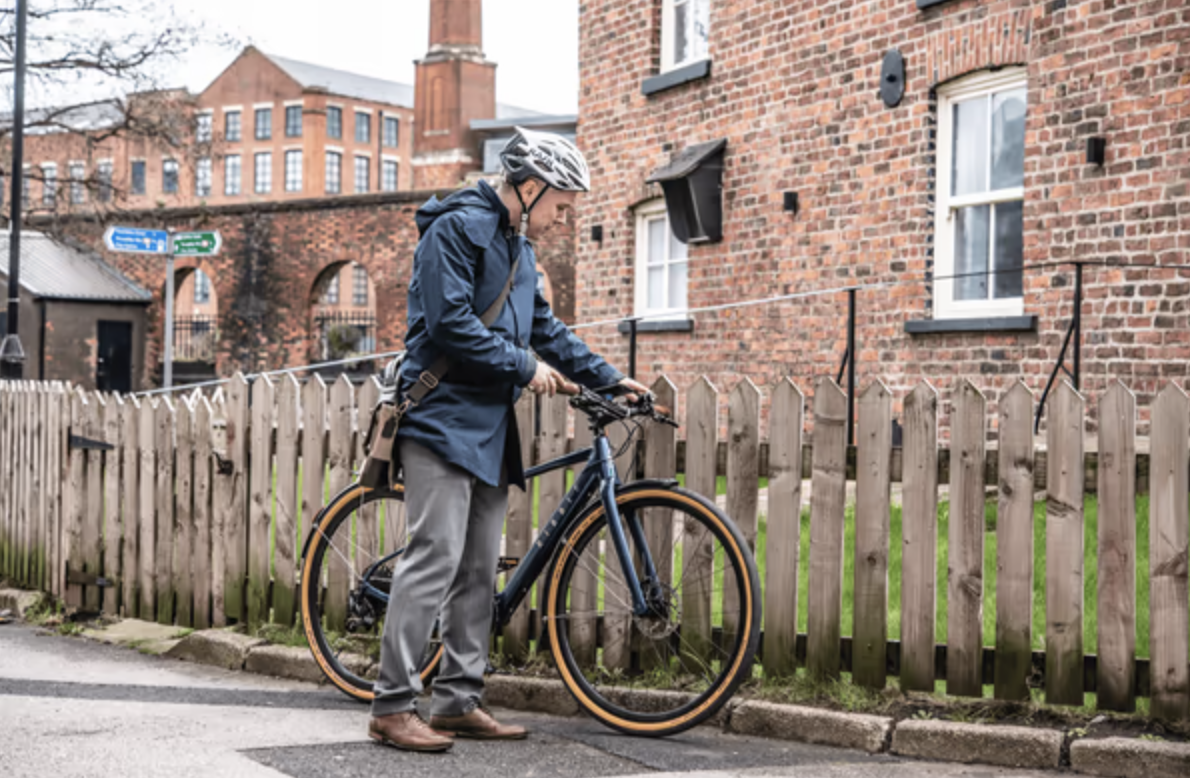 This e bike can do it all © Credit to Ribble Cycles

Hybrid e bike riders, this next option on our roundup of the best electric bikes of 2023 is for you! Introducing the Ribble Hybrid AL e, an e bike fit for roads, gentle trail riding, and all-round exploration.

Electric bikes often aren’t particularly stylish, and their chunky frame-mounted batteries are common targets for mean-spirited vandals, but the Ribble Hybrid AL e could easily pass as a conventional push-bike.

Its drive system weighs a mere 3.5kg, making the bike surprisingly light (it weighs less than some electric scooters), and only a discreet power button and slightly thicker than usual downtube give it away.

It takes roughly 3.5 hours to charge this e bike from flat, which nets you around 60 miles of power-assisted riding over a variety of terrain.

Cost-wise, this is one of the most affordable electric bikes around. It’s also a steal when you see how well it rides alongside its smorgasbord of additional features. So few can compete with this one.

We’d recommend the Ribble Hybrid AL e for its smooth ride and beyond satisfying look. It looks like those vintage bikes you find scattered throughout Europe. The only difference is this is packing a hell of a lot more power in contrast.

Electric folding bikes offer a tonne of options for environmentally-conscious commuters and the like and there’s a lot of them available at the moment, but most pale in comparison to the Gocycle G4.

Previous Gocycle bikes have impressed us with their smooth power assistance, and the G4’s new motor is its best to date.

The bike has a very respectable range too, running for up to 40 miles on a fast charge, and you can use Gocycle’s well-designed smartphone app to tweak its performance to optimise power assistance and range.

It’s easy folding abilities make it very easy to carry around or store at home, too. What’s more, it doesn’t feel as clanky as other e folding bikes tend to feel. In other words, it’s as sturdy as it is reliable.

We’d class this as a premium electric folding bike which does mean it’s on the more expensive side of the scale. That said, if you can afford it then there should be nothing stopping you from riding around on this thing!

The Gocycle G4 allows you to map most locations with the greatest of ease! How easy it is to use is one of its greatest strengths, not to mention, its outstanding list of features – the kind of features that do warrant the heavy price tag. My personal favourite e bike going into 2023 © Credit to VanMoof

VanMoof is my favourite electric bike maker. Did that encourage me to include one of their bikes in this list of the best e bikes of 2023?

You could say so, but this particular bike of theirs is featured across many blogs covering this topic, so I can’t be the only one, surely?

The VanMoof S3 is the closest I’ve seen to a fully integrated e bike that I’ve come across in my travels. It can do just about anything you ask of it, including keep it safe thanks to its advanced security features.

‘Kick lock’ prevents the bike from being moved by anyone other than you, and will trigger an alarm if it’s messed with.

You can control a lot of things on the S3 via an app. This is both a blessing and a curse depending on how much charge you have in your phone. From the app screen, you can choose from settings 0 to 4 for assist and also for gear shifting.

When it comes to gear ratios, you have three choices:

Power-wise, you won’t find anything stronger, thanks to a 504Wh battery that powers a 250W front motor hub. At the top setting, this gives you a claimed 39 miles on a single charge. The battery’s entirely integrated into the frame, meaning that charging must be done in situ, rather than removing the battery and charging it by itself.

It’s hard not to be unbiased when you have a machine like this under you. It’s powerful, it’s comfortable, and it’s not so easily stolen due to its range of outstanding security features. What’s not to love, really?

The Cowboy 4 is a city bike through and through and is next to impossible to ignore. It builds upon 2020’s Cowboy 3 in so many areas, refining it for the perfect urban exploration experience.

One of the Cowboy 4’s standout features is its simplicity.

Even if you’ve never ridden an e-bike before, the absence of gears, switches and other controls allows you to ride around effortlessly. The motor kicks in automatically when you turn the pedal, adjusting the assistance depending on how much pressure you’re applying.

Maintenance is simple too, thanks to the internal cabling and carbon belt drive system, which doesn’t require oiling or tensioning like a chain would.

Lights and fenders are built in, and there’s even a charging port to juice up your smartphone (which provides easy navigation with smart route suggestions via the highly intuitive Cowboy app).

Although it was initially only sold in Europe, the Cowboy 4 is now available in the US as well. The company received €71 million in Series C funding this time last year, so it seems likely that it’ll soon roll out in other countries as well.

The Cowboy 4 makes city riding fun, that’s the top and bottom of why we’ve included it here in our list. Looking at it, the Cowboy 4 is also one of the sleekest-looking city bikes around. Reviews-wise it’s also praised across the board!

Whether you’re getting into a healthy lifestyle or looking for a cheaper, eco-friendly way to commute in 2023, electric bikes can do a lot for you. Some of them might seem quite expensive, but it’s best to think of them as a sort of investment.

The money you save in the long run by choosing to ride around places instead of getting other forms of transportation is very noticeable, to the point where you might even question why you didn’t transition to an e bike sooner!

So, did you see an electric bike you’d like to pick up this year from our list? Which caught your attention the most?

Personally, I really like the look of the WAU Bike due to its incredible range. I’m also a sucker for obscure-looking bikes, and I can’t say I’ve ever seen anything like it before.

Would you agree or do you prefer one of our other picks? Drop us a comment on social media with your personal favourite/favourites. How many electric bike brands can you name off the… The second-generation Infinity is every bit as good as the… CAKE Teams With Polestar on a New Electric Moped

Two Swedish brands have come together to announce the release…