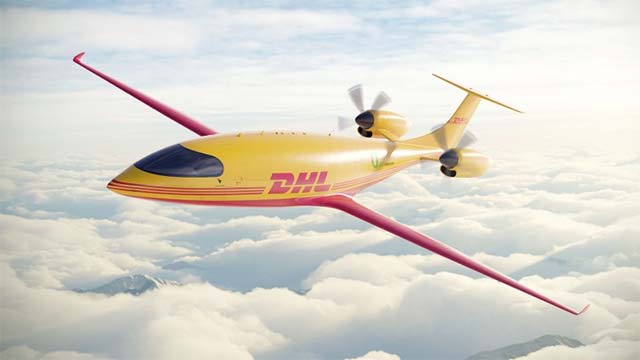 “We strongly believe in the zero-emission future of logistics,” said John Pearson, CEO of DHL Express. “Together we are venturing into a new decade of sustainable aviation.”

Alice can be flown by a single pilot and can carry 1,200 kilograms on board. The electric aircraft only needs around 30 minutes or less to charge per flight hour, complete with a maximum range of up to 815 kilometres, or 440 nautical miles.

It’s an ideal aircraft for feeder routes, requiring less investment and station infrastructure. Moreover, Alice can be charged while loading and unloading, allowing for quick turnarounds.

Like most electric aircraft, fewer moving parts within only increase its reliability and reduce maintenance costs as a result too. 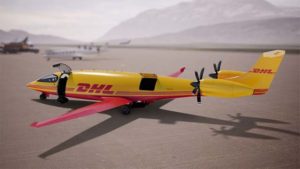 Alice has a payload capacity of 1.2t © Credit to DHL Express

DHL Express will have to wait a short while before they can begin establishing any network, as Eviation expects to deliver Alice to the shipping company in 2024.

“From day one, we set an audacious goal to transform the aviation industry and create a new era with electric aircraft,” said Eviation CEO Omer Bar-Yohay.

“Partnering with companies like DHL who are the leaders in sustainable e-cargo transportation is a testament that the electric era is upon us. This announcement is a significant milestone on our quest to transform the future of flight across the globe.”

Decarbonising operations is a large part of DPDHL Group’s new Sustainability roadmap. In fact, the Group has set aside a total of 7 billion euros to spend between now and 2030 on completing this task.

Funds are to be used to electrify fleets, alongside other initiatives that drive down the footprint of the Group.

“With Alice’s range and capacity, this is a fantastic sustainable solution for our global network. Our aspiration is to make a substantial contribution in reducing our carbon footprint, and these advancements in fleet and technology will go a long way in achieving further carbon reductions.”
— Travis Cobb, EVP Global Network Operations and Aviation of DHL Express

Alice is a multi-purpose aircraft, according to its maker. Meaning it can serve as a small passenger plane and for delivering cargo.

Alice will take flight for the first time later this year on a maiden voyage. We recently covered the new production-ready model of Alice, the same version now adorned in red and yellow in the above concepts.

Expect more companies the likes of DHL to place Alice orders in the near future. Eviation is a company to watch. Trust us. What do you think of Alice in the red and yellow? We like it, but want your take. 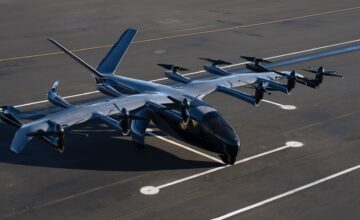 Stellantis is looking up in addition to the global lineup…