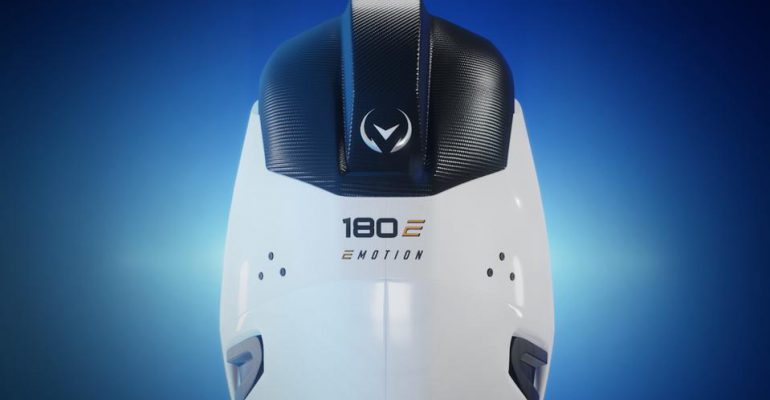 Hailed as the “world’s most powerful electric outboard,” the E-Motion 180 turns any boat into an electric powerhouse.

You can turn any boat (within reason) into an electric boat using the E-Motion 180 outboard motor, a motor that is about to take the maritime industry by storm.

The E-Motion 180 can propel boats up to 60mph thanks to its 650-volt electric outboard motor. It’s an impressive outboard and the “world’s most powerful electric outboard,” according to Quebec-based company Vision Marine Technologies (VMT).

Celebrities like Drake, Robert De Niro and eco-activist Greta Thunberg have all been seen sporting VMT tech in the past.

The VMT website has already crashed earlier this month because of the E-Motion 180. CEO Alex Mongeon told Forbes: “We never thought that we would have so much interest worldwide… Our website received 100 times more traffic than a normal day.”

The benefits of the E-Motion 180 sound incredible

Boat owners should be lining up in droves to get their hands on the E-Motion 180. After all, it can attach itself to most boats (as long as it uses a 180-horsepower outboard currently).

Future versions of the E-Motion 180 could be more powerful, which is scary to think about (the good kind).

For those that don’t know, electric engines are a lot easier to maintain than their standard counterpart.

It’s also noiseless, meaning you can hold a clear conversation with a fellow rider as you travel over water.

Pre-orders are available now, with an expected delivery date later in the year. VMT will be expected a lot of interest when it finally takes to the high seas.

We’ll be watching closely, that’s for sure.

You can bet your bottom dollar that you’ll see VMT and the E-Motion 180 at many boat shows in the coming months. Will you be pre-ordering the outlined outboard motor?