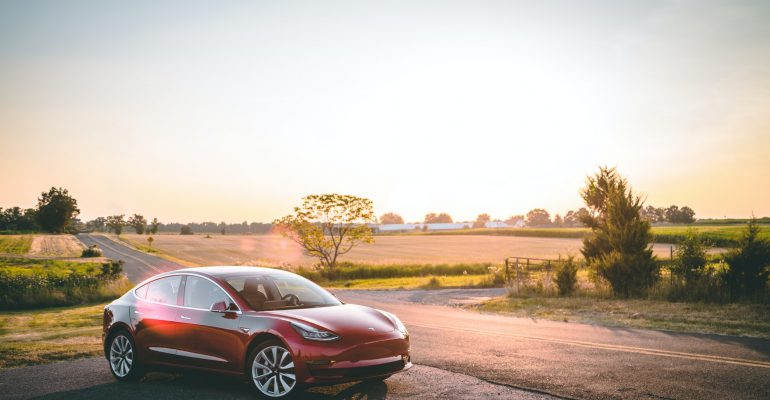 Sales from this year have pushed the Model 3 into pole position as the UK’s leading EV.

The power of Tesla continues to hold no bounds. In the UK, the Tesla Model 3 has leapfrogged the Nissan Leaf as the most popular all-electric car on the road.

That is, according to Matthias Schmidt, an independent electric car analyst who found that sales of the Model 3 had surged since the start of 2021.

It’s a close race, with 39,000 Model 3s on Britain, compared to the 38,900 Nissan Leafs driving around — the majority of which are built at Nissan’s factory in Sunderland.

Last week, data from Focus2Move showed that the Model 3 was the 16th bestselling car in the world (that includes standard combustion engine vehicles).

It (the Leaf) has had a great run at the top, winning awards for ‘best used electric car’ and ‘electric car of the year’ left, right and centre.

But we knew a shift in balance was coming, ever since the UK Gov laid out their EV roadmap. That the electric cars you’d see on UK streets/roads would diversify because of a change in consumer opinion.

New petrol/diesel-electric cars will be banned in the UK starting from 2030, and then hybrids after 2035. These rules have changed the way carmakers/customers view EVs.

And the word ‘Tesla’ is already synonymous with electric cars anyway, so it should come as no surprise that it takes the top spot. However, the Model 3 still trails the Mitsubishi Outlander (PHEV) in terms of popularity.

We can see it quickly becoming the most popular electric car in the UK generally in the coming months if it stays this course.

Expect prices of some EVs to rise in the coming months

“The speed at which the Tesla Model 3 has gone from zero to market leader has shown other carmakers the opportunities in electric vehicles,” says Ben Nelmes, the head of policy at New AutoMotive, when talking to The Guardian.

However, these prices are subject to change and to rise.

Tesla CEO Elon Musk has said on Twitter that prices are expected to rise due to supply chain issues. It’s getting harder for companies to get a hold of the components needed to craft these vehicles.

The Model 3 will soon face heavy competition from Volkswagen and MINI, who look to make a big impression in the mass-market car game.

After all, the outlined all-electric MINI has all the signs of a modern classic, and could appeal to a wider range of UK buyers. It’s probably cheaper in contrast, too.

Do you already own the Model 3? Or are thinking about buying one? Let us know on social media.