Our First Look At The Renault Megane E-Tech Electric 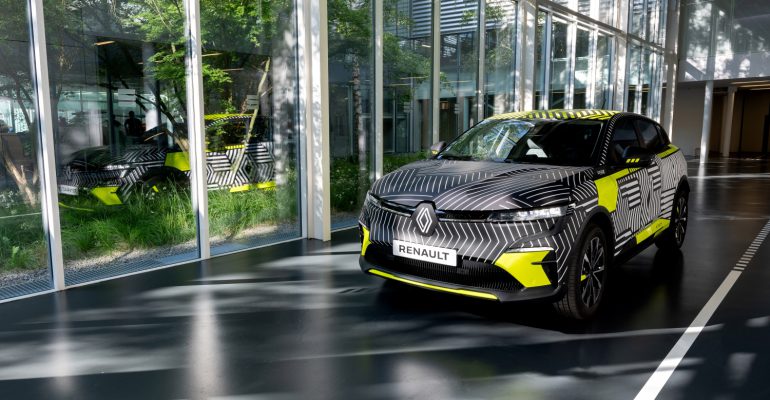 The all-electric Megane can travel up to 280 miles on a single charge according to Renault.

We finally have our first look at the upcoming Renault Megane E-Tech — an EV initially announced last year in concept form as the Megane eVision.

The concept form is a lot different to the production model judging by these images. The suspension has been raised, and those chunky alloy wheels from the original concept have been replaced by a much smaller alternative.

The only difference is, if you look under the hood, you’ll find a 60kWh battery pack and a 160kW electric motor, providing a maximum range of up to 280 miles per charge.

French carmaker Renault wants to cause a “Renaultution” (their words, not ours). This includes launching seven new all-electric vehicles within the next four years — starting with the Megane E-Tech.

How it fares with competition from the Volkswagen ID.3 and Peugeot e-208 is another question entirely.

More on the Megane E-Tech/predicted features

You should expect the finished Megane E-Tech to follow closely to the outlined concept in terms of length. The concept was 4,210mm long, 1,800mm wide and 1,505mm tall for those wondering.

We don’t have the full scope of interior space, but we can only assume there’s a lot of room to play with. After all, Renault boss, Luca De Meo, did call the concept “a masterpiece of packaging.”

Moreover, the wheels of the proposed vehicle are stretched out to the corners, providing more boot space as a result. 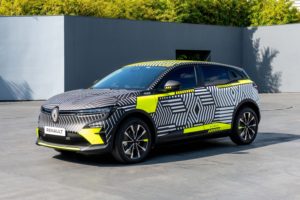 These new images have the car quite low to the ground, too; a hallmark of most performance-ready electric vehicles. Renault has stated they plan to use the slimmest battery on the market (110mm deep), giving it an instant advantage over other cars soon to release.

So, how much will this Megane E-Tech cost? In our opinion, buyers should expect to fork out around £40,000 to own an EV like this.

Take this prediction with a grain of salt, but this price point seems the most logistical from everything we know thus far.

According to Renault: 30 pre-production cars will be driven on open roads this summer by Renault engineers.

This could mean an official launch pulls up sooner rather than later.