Nissan In Talks To Open Electric Battery Gigafactory In Sunderland 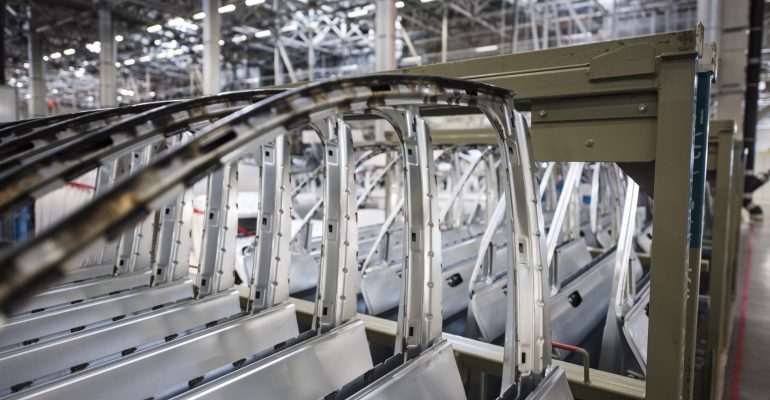 The Japanese automaker is said to be in advanced talks to build a fully-optimised gigafactory in the north east.

Nissan’s north east production plant could receive quite the boost, with talks of turning the site into a new electric battery gigafactory. That is according to a report made by The Financial Times.

According to sources, Nissan is asking the UK Government for tens of millions of pounds to help fund these plans.

In terms of production, the site would produce around 200,000 electric car batteries annually. The factory itself would be operated by Chinese battery specialists Envision AESC.

When asked about the gigafactory, Nissan said the following: “Having established EV and battery production in the UK in 2013 for the Nissan Leaf, our Sunderland plant has played a pioneering role in developing the electric vehicle market.

As previously announced, we will continue to electrify our lineup as part of our global journey towards carbon neutrality. However, we have no further plans to announce at this time.”

The lingering results of Brexit had thrown a serious spanner in the works for the Sunderland plant. Nissan had previously warned that a trade deal that involved border checks and tariffs would negatively affect the site.

A potential gigafactory, should the UK Government fund such an endeavour, could safely secure the future of the site, and provide additional jobs to the region — thousands even.

The UK will have at least one gigafactory guaranteed

How the UK Gov responds is anyone’s guess, although they have shown interest in opening at least one gigafactory.

The expected demand for UK EVs is a byproduct of the Govs 2030 plans to bring the sales of petrol/diesel vehicles to a complete halt. Millions will go towards making these proposed changes a reality.

Furthermore, plans of a gigafactory in Coventry are also in the works. Coventry City Council and Coventry Airport hope to build a battery plant capable of attracting £2 billion in investment to the area.

When could we expect an official announcement? Perhaps, before November 1st, aka, the day the UK hosts this year’s United Nations Climate Change Conference (COP26).

Nissan hopes to have the site up and running by 2024, pending approval.

Again, no official announcement has been made just yet, but we’ll keep you posted.

Which gigafactory will get the nod first? Our bets are on the Blyth location. But what do you think?