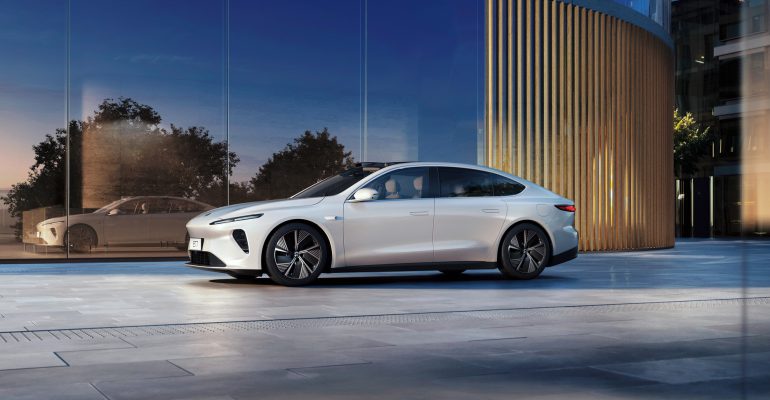 This is the fourth Red Dot award given to NIO, with many more on the way, you have to assume.

The results are in, and NIO is the winner of the 2021 Red Dot Award for high design quality for the ET7, an all-electric sedan with a very distinct look.

It should come as no surprise that NIO has won this award. The Chinese EV company has done a stand-up job in separating itself visually from its competitions.

“It is ‘pure’, which is shown in the sleek lines of our evolved front design language with the new X-Bar. The car is ‘human’ with an interior conceived for people, creating the feeling of a ‘second living room’. NIO ET7 is also ‘progressive’ with some of the most advanced technologies seamlessly integrated into its form.”
— Kris Tomasson, Vice President of Design at NIO

The NIO ET7 was revealed to the world back in January of this year at the NIO Day in Chengdu. Design teams in Munich and Shanghai came together to create the all-electric sedan we know today.

So, why did it win exactly? Well, its “reduced design” coupled with a “comprehensive use of smart technology” put it above the competition, netting NIO its fourth Red Dot award.

Less is more, basically, with an emphasis on innovation.

NIO has won awards for its charging tech in the past, for the NIO Power Home and for NIO’s Power Swap service — the same service that has given the company quite the USP.

“This not only confirms that our products are innovative and the forefront of technology, but also that we have taken the right path with our NIO philosophy ‘Driven by Design’,” says Kris Tomasson, NIO’s Vice President of Design.

To earn a Red Dot Award is quite the achievement. These awards go back as far as 1955, championing the best products in a given year — from cars to electric razors.

NIO will soon enter the European EV market in Norway, with the release of the NIO ES8 — an SUV promising big things.

European awards could be on the cards as long as NIO follows this path. After all, someone needs to compete with Tesla as a dedicated all-electric vehicle brand.

Who do you think will win the Red Dot Award next time? Our money’s on Rolls-Royce.