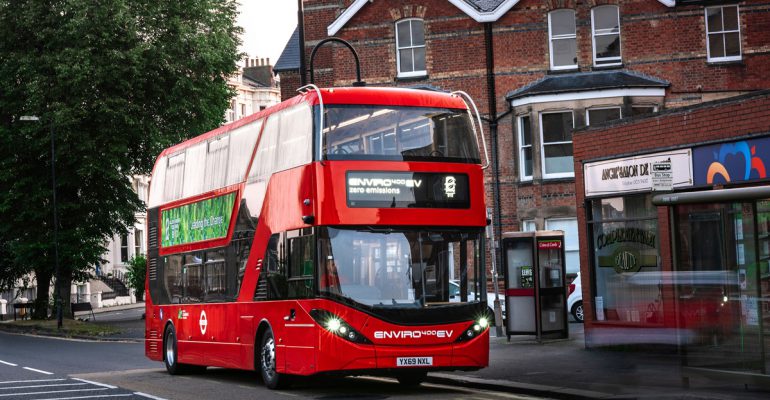 The UK continues its efforts to electrify public transport with more electric buses on the way.

The order itself was placed by RATP Dev London, a principal operator under Transport for London (TfL). So, how many eco-friendly buses were ordered? According to the announcement, 195 single/double-decker vehicles.

News of this kind should come as no surprise. Electrifying London’s bus network was a key objective outlined by the Mayor’s Transport Strategy back in 2018. The goal is to make all TfL buses electric or hydrogen-powered by 2037.

“Public transport in the capital often provides the blueprint for other towns and cities, and the fact that a major operator like RATP Dev is making such a substantial commitment to eMobility will, I believe, resonate with Local Authorities across the UK.”

For those that don’t know, BYD is a global leader in battery tech and electric mobility. In October of 2015, BYD and ADL came together to create zero-emission buses for countries like the UK, Ireland and New Zealand.

You can only imagine more locations are on their radar, given how popular these vehicles are.

Have you taken a trip on an electric bus already? Give us your thoughts on these vehicles via social media.