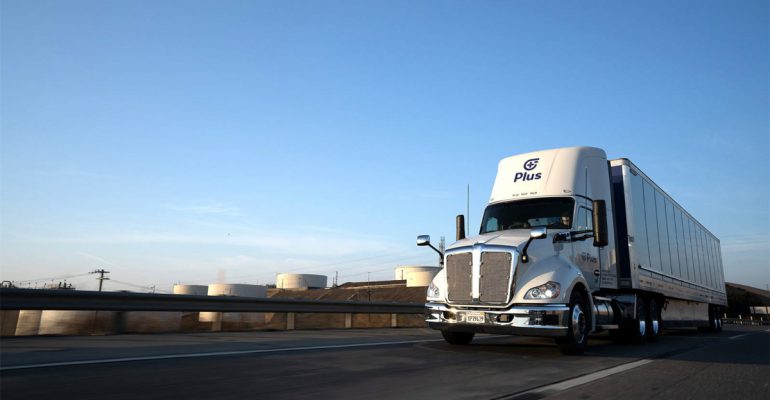 The e-commerce megalodon has shown interest in Plus.ai, an autonomous driving startup based in California.

Just when you thought self-driving tech was taking a downturn, Amazon goes and restarts the conversation. The popular e-commerce site, according to reports, recently placed an order for 1,000 driverless systems from California startup Plus.ai.

The tech supplied by Plus.ai could be key in unlocking the delivery trucks of the future. In fact, Amazon is said to be interested in buying a 20% stake in the startup.

A move like this should come as no surprise if you’ve been following Amazon. The company already owns a robotaxi company and has experimented with delivery robots in the past — the kind that drives on sidewalks, if you can believe it.

Amazon has also invested in startups like Aurora and Rivian, companies with original ideas/concepts in the EV space. Moreover, last year they acquired Zoox, a self-driving startup with eyes on a commercial ride-share service.

Back in 2019, Amazon sought the help of startup Embark to bring its self-driving big rig plans to fruition.

“We think successful over-the-road autonomy will create safer roadways and a better work environment for drivers on long-haul runs,” said Amazon when asked about the relationship between the two companies.

Amazon finding success with autonomous hauling vehicles would have to spur other companies to follow. After all, it has the potential to change everything — perhaps making deliveries faster/more efficient.

How soon before Amazon has a complete fleet of self-driving rigs? Based on everything we’ve learned in recent years, we’d say by 2030 for sure.